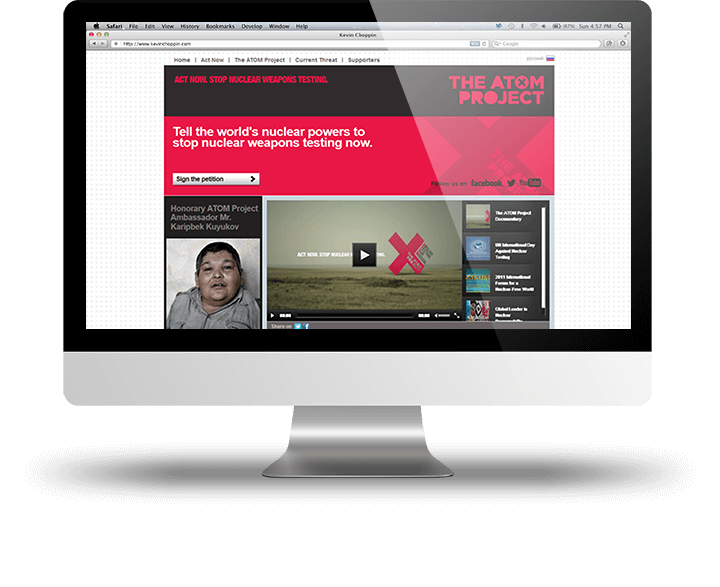 A multi-lingual CMS built in Joomla! for the ATOM Project, a global campaign against nuclear weapons testing. This site had many unique features including a Google Maps integration that shows the number of supporters the project had around the world. A timeline feature, which allowed the user to navigate through the history of nuclear weapons testing. As well as support for multiple languages, social media integration, video playlists and an automated news feed. All managable in the Joomla! administration area in multiple languages.

This site was completed under my employment with Uber Agency.